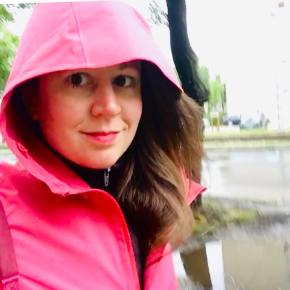 I am an award-winning journalist based in Budapest, Hungary. I spent more than a decade in international reporting at a daily newspaper, then studied investigative and data journalism in Washington, D.C. as a Fulbright – Hubert H. Humphrey Fellow, based at the Merrill College of Journalism at the University of Maryland, College Park.

I spent the past two years at atlatszo.hu, Hungary’s first non-profit, crowdfunded investigative site where my main responsibility was to take part in crossborder journalism projects and investigations.

I have also been writing in English for more than a decade. Most recently, since 2017, I have been doing freelance reporting for The Wall Street Journal.

As part of my U.S. fellowship, I worked as an intern with Dana Priest of The Washington Post for six months in 2015. I helped her with her series on the state of press freedom around the world, concentrating on the story of Khadija Ismayilova in Azerbaijan.

Besides that, I have had bylines in The Washington Post, The Calvert Journal, Vsquare.org, at Quartz, tol.org, Bloomberg BusinessWeek Online, the Hartford Business Journal, the Trinity Tripod, the FCPA Blog and the American Journalism Review. I also worked as a fixer and freelance news assistant for various news organizations, including The New York Times.

I have been working as a journalist in Hungary for more than a decade, starting my career at a college newspaper in Budapest. I wrote my first story for Hungarian daily newspaper Népszabadság in 2005 and I worked there for 11 years, up until October 8, 2016, when it was suddenly shut down for political reasons. I talked about my experience with press freedom issues in Hungary in an episode of Foreign Policy’s First Person podcast. Ever since the closure of the newspaper I have been an advocate for press freedom and been working to raise awareness of the importance of a free press both in Hungary and globally.

In 2012 I was awarded the Junior Prima Prize, a Hungarian national journalism prize for my reporting from around the world, such as India, Norway, the United States and France.

You can find my resume below and my English langue portfolio here. A selection of my stories in Hungarian is here, and you can find examples of my photography work here

– Gathered and analysed data for a project that examined the location of bank and credit union branches in Connecticut, proving that credit unions were not serving poor neighbourhoods but going after the richest clients